Today June 9th Bishop T.D. Jakes Has Been Crown The G.O.A.T. Of Preaching By Many Within The Christian Community. 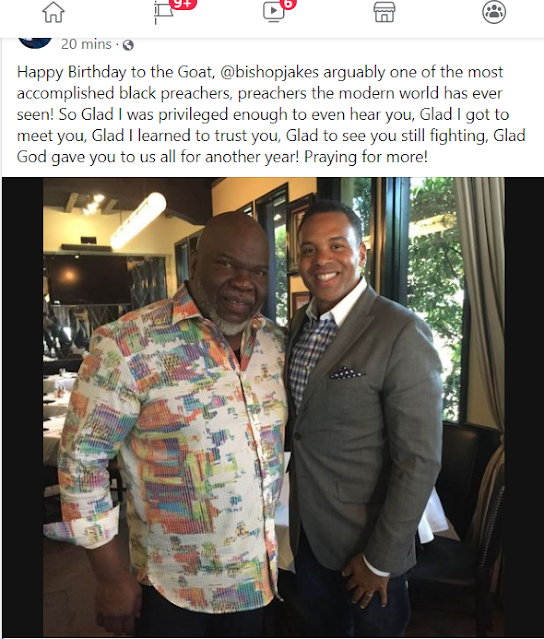 Happy birthday to the G.O.A.T, Bishop TD Jakes, in all honesty, I kind of struggle with such a title as that. I'll be the first one to admit that not too many people can claim to be the G.O.A.T., but those who can are the Greatest Of All Time in their field. Most often, the acronym G.O.A.T. praises exceptional athletes but also musicians and other public figures. On social media, it's common to see the goat 🐐 emoji in relation to the acronym.
Bishop Jakes has been crowned on this day his 64 birthday as the G.O.A.T. of preaching by many within the Christian community. Whether you’re a sports enthusiast or a casual viewer, you’ve likely heard the term “GOAT” before. Here’s what being the “GOAT” of a sport (or anything else) means. GOAT stands for “greatest of all time.”
If you’ve participated in an online sports talk, you may recognize that the term is used to refer to the greatest athlete in the history of a professional sport. Alternatively, some use it to refer to the best currently active athlete in the field. Because of its prominence, it has also become a general term for an all-time great at topics outside of sports.
The acronym is frequently found in every part of the internet where sports are talked about. This includes message boards, social networking sites, and video sharing sites like YouTube. It is also used between smaller groups of sports fans, whether in chats or real life. Many sports media outlets have also adopted the term, frequently writing articles about who they think the GOAT of a particular field is. GOAT is always spelled in the uppercase to avoid confusion with the noun “goat,” which refers to the animal. It can also be spelled out as “G.O.A.T.,” with periods after each letter.