No, Dr. Charles Stanley Has Not Started A New Venture In CBD Oil and Gummies. 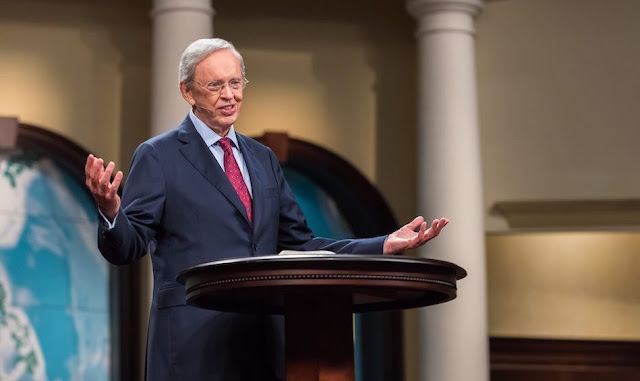 According to a couple of online sources, social media scams are using Dr. Charles Stanley’s name to advertise gummies and oil. Retired Atlanta megachurch pastor Charles Stanley says he’s not selling CBD oil and says ads that claim he is are a scam. In Touch Ministries said in a statement that scammers have been using Stanley’s image and saying he was beginning a new business venture in CBD oil. The ministry said that some of the articles even used fake Fox News headers to appear more legitimate. “However, none of it is true. It is a scam. Dr. Stanley has not begun any new venture,” the statement said. Stanley, who is in his late 80s, announced in September 2020 that he would retire as head pastor of 13,000-member First Baptist Church Atlanta. He is now pastor emeritus. The ministry urged followers not to click on any posts, emails, texts, or websites mentioning CBD.

No, Charles Stanley has *not* gotten into the CBD-infused gummy bear business: https://t.co/jk9fiZIhoW