How A Church With Only 60 Members Afford Rent Free, A Two Million Dollar Home For It Pastor?? 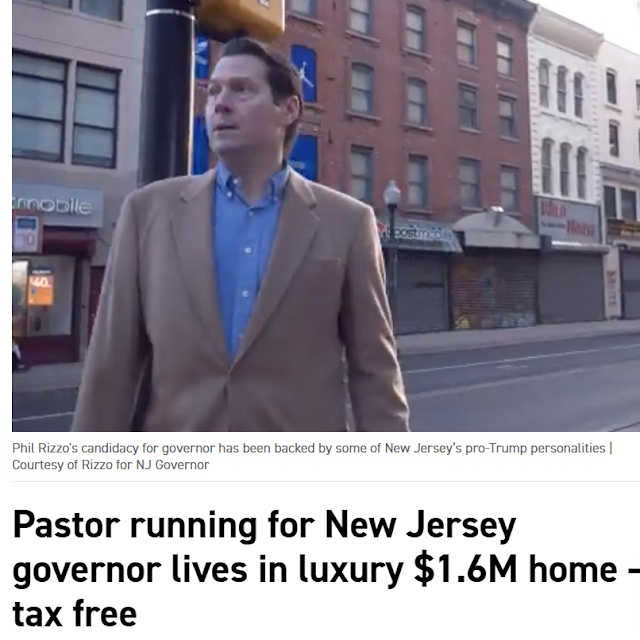 It's been reported that New Jersey Pastor Phil Rizzo does not pay property tax on his home because he declares it as a church residence. Rizzo is a successful real estate developer, the pastor of a small church, and a candidate for governor in New Jersey. But what’s getting attention is his plush parsonage, which is growing plusher by the day. In 2015, Rizzo and his wife paid $1.55 million for a five-bedroom, seven-bath home on 6 acres of land. Two years later they sold the house for $1.65 million to City Baptist Church, a small, independent church with locations in Hoboken and North Bergen. But the Rizzo’s continue to live in the house. The church, which Rizzo founded after converting to Christianity in 2009 is so small that Rizzo is one of only two staff members listed as working there. It’s not clear where the church got the money for the house. A 2017 article about the church’s fifth anniversary said it had 60 members. While owned by the church, the 6,725-square-foot house has undergone extensive renovations and was once listed for sale at a price of $2.65 million. The house is not currently for sale, but Zillow says it is currently worth $2.2 million.