Here We Go Again, Breonna Taylor Was Sleeping While Black In The Sanctity Of Her Own Home. 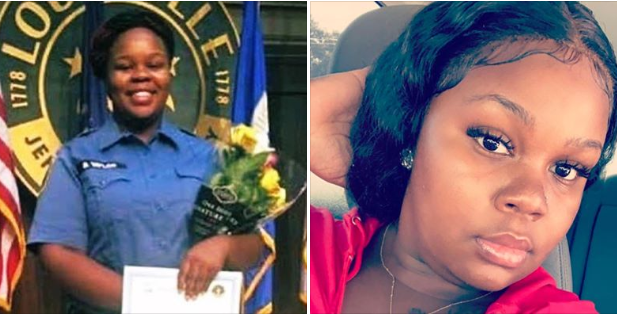 Church this beautiful young woman here is Breonna Taylor. She was a 26-year-old EMT who worked at two separate hospitals. On the night of March 13, 2020, Breonna was asleep at her boyfriend, Kenneth Walker’s apartment when Louisville Metro Police Department busted into his apartment unannounced on a botched drug bust. Neighbors have said that they did not hear the police announce themselves before breaking in. The police came in and shot the apartment with 22 bullets with many going into other apartments. Breonna was shot 8 times and she died that night. Her boyfriend, Kenneth was shot in the leg, but he grabbed his gun and shot back and hit an officer (not fatally). The craziest part about this is that the Louisville police department had already arrested the person that they set up the raid for a few hours earlier. You want to know what is even crazier? The only person that has been charged with anything in this situation is Kenneth Walker. Kenneth Walker was arrested that night for shooting at a police officer and not one single police officer has yet to be detained for murdering his girlfriend, Breonna. Kenneth was released until the police union made a big fuss about it, and they then arrested him again. Louisville Police busted into his apartment unannounced and clearly in the wrong. Louisville Police Department shot 22 times in his apartment hitting him and murdering Breonna in the process. He defends himself and shoots back, and yet he is the only one in jail? How is the person that murdered Breonna Taylor still out and free on the streets and yet the person next to her is in jail for defending himself? What excuse is there for them screwing up their own raid and murdering someone in the process? Just like we have been screaming for justice for Ahmaud Arbery, we should be screaming just as loud for Breonna Taylor. Rest In Peace Beautiful Queen.