Church Members Protest As Male Pastor Announces That His Husband Is Pregnant!

Reader, I'm not really sure if this is true or not.....was not going to say anything about it....but I've received a number of emails asking me to post for my readers and to get some feedback....so here goes:

It's being reported on social media that members of Atlanta’s Little Rock Missionary Church Of God walked out of service when their pastor Mr. William Terry Longstroke II brought it to their attention that his 'husband' of one month Mrs. Donte Terry was 3 months pregnant with what he claimed to be a blessing. Long time member Fred Johnson collapsed after hearing the news and had to be rushed to the hospital. Pastor William Terry said he will not let his church members nor the devil stop his blessing from coming true and that him and Mrs.Terry will not tolerate any haters in the church. Over 98 members left the church and said they were not coming back until 'Mrs' Terry proved he was really 'pregnant'. 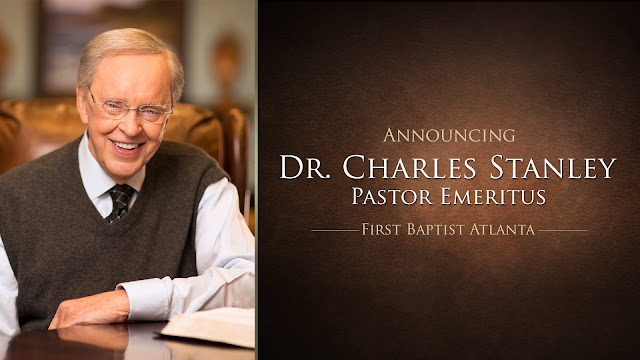 Church prominent faith leader the Rev. Charles Stanley, who built a thriving broadcast ministry, announced on Sunday that he will become pastor emeritus of First Baptist Church of Atlanta. Stanley, 87, has led the congregation for 51 years. Stanley will be succeeded by senior associate pastor Anthony George, as previously announced when forming the succession plan. ( You can read that here )
There's More ��» 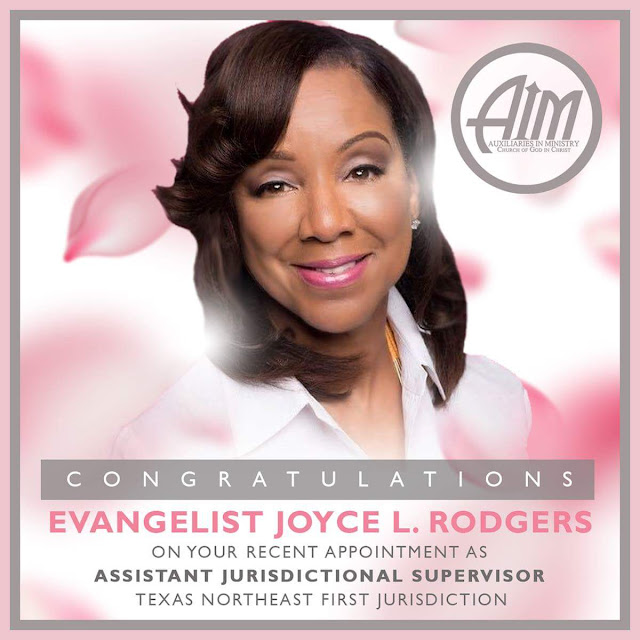 R eader join  me in celebrating the recent elevation of Evangelist Joyce Rodgers as Assistant Jurisdictional Supervisor of Women for the Texas Northeast First Jurisdiction. ( You Can Read It Here)   This is one preaching woman.
There's More ��» C hurch the internet is ablaze over an alledged post by Bishop Randy White, the ex-husband of trump's spiritual advisory Paula White.  These two are no strangers to this blog you can read about some of their foolishness here .  But to catch yall up to date, here's a little history about Paula and Randy White, and how they destroyed other people's lives in order to push their own agenda.  It's alleged that shortly after being saved at the age of 18, Paula Michelle  Furr  White left her first husband and ran off with Randy White, her Maryland church’s pastor, who was at the time married with three young children – a fact to this day, she does not include in her redemption testimony.  White was married and had a child when she met Randy White, an associate pastor at her church. It's alleged that at the time Randy was also married and had three children. Paula and Randy left their spouses & married in 1989. By 2007 they announced they were getting a divorce. At
There's More ��» 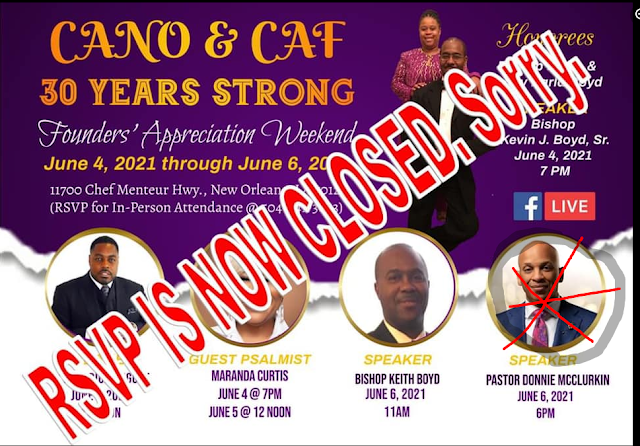 Yall Pastor Donnie McClurkin took to his social media page last night to address a false statement posted by The Apostolic Church of New Orleans regarding him and the service he was never scheduled to attend. Donnie apologizes to those in New Orleans that was led to believe he was to minister at this church.  Donnie says he forgives the ministry in New Orlean's lack of integrity and lack of truthfulness that would literally put him in a car accident to cover the fact that they never secured his ministry nor spoken with his management. Donnie said that there was no car accident nor non-life-threatening injuries ...and there was never any appointment made for him to speak... It's unfortunate that this ministry didn't tell the truth...he apologizes to anyone and all who were inconvenienced by this...and to the ministry in question...please do things honorably! God bless you, all! Pastor Donnie McClurkin   Thoughts? Update: Pastor Donnie McClurkin apologizes.
There's More ��»

Radio Personality Michael Baisden Who Once Upon A Time Held Up The Christian Banner Has Now Decided To Move Away From Religion, and Has Arrived At Atheism And The Poly Lifestyle! 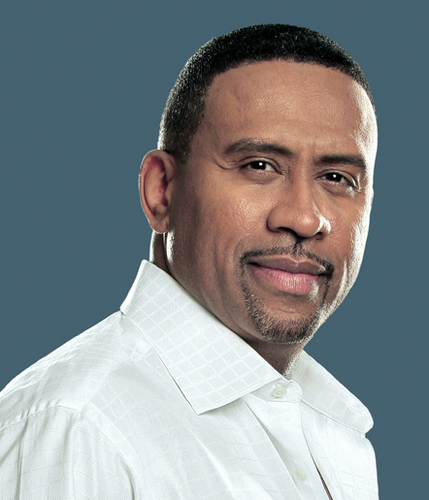 Yall I learned in a post from Michael Baisden that he's now an atheist. I had to unfollow him he is truly pimping his fan base of black women.  I was one of the ones who bought his books. These women are actually applauding him for being a womanizer he's trying to normalize adultery. These women who are following him are really co-signing that foolishness. Michael Baisden tells his fan base close to over a million followers that he’s an atheist, no God no rules, he gave himself moral grounds to do whatever he wants. If I were single I won't knowingly date any men that were in relationships with other women. I'm sure most women want a solid relationship with one person at least I do. I rather have a spiritual man, and I let them know sooner than later what I'm into. We may not completely have the same³ beliefs, but there's only 1 God. I couldn't date someone who didn't believe in God at all regardless of the path they are on.
There's More ��»

Popular Nigerian Pastor and Televangelist TB Joshua Has Died At Age 57; Cause Of Death Unknown. 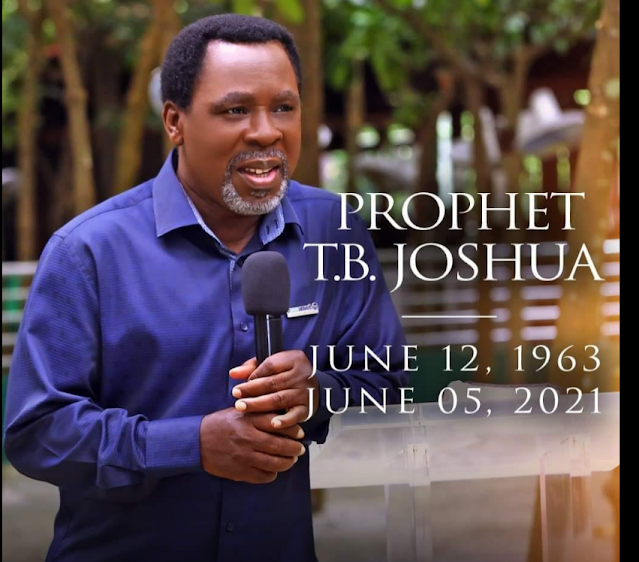 Prophet TB Joshua, founder of the Synagogue Church of All Nations (SCOAN)has transitioned into eternity where time no longer matters.  Born on June 12, 1963, Prophet TB Joshua transition six days shy of his 58th birthday. The death of TB Joshua is a big loss to Nigeria and the Ikotun end of Lagos especially. His church is one of the major points of tourist attractions to Nigeria and I can’t begin to imagine the impact of his death on businesses, people, and the less privileged in that area.  May he rest in peace, he might not have been your typical pastor, but he:   -fed the poor  -gave electricity  -scholarships  -disaster relief  -helped thousands of refugees  -employed youths in his football club  -spent over $20m on humanitarian works [BREAKING NEWS] Nigerian televangelist prophet TB Joshua dies aged 57. Joshua was the founder of the Synagogue, Church of All Nations. He died shortly after concluding a programme at his church in Lagos on Saturday evening. pic.twitter.com/uf81QJT23F
There's More ��» 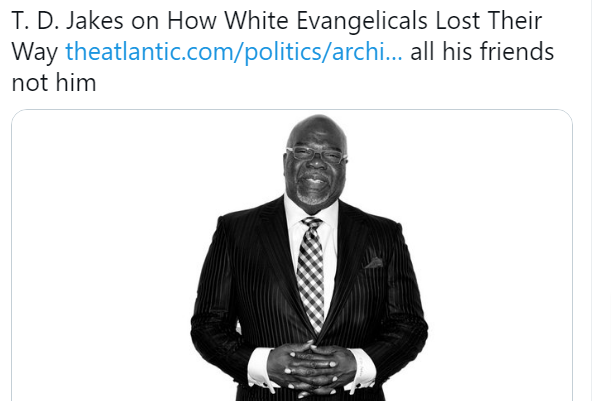 Bishop T. D. Jakes is one of the most famous pastors in America. His multi-thousand-member Dallas megachurch, the Potter’s House, is just one part of his platform; he’s recorded gospel albums, starred in television broadcasts, led several popular conference series, and published numerous books, including his latest, Don’t Drop the Mic. But all of that fame couldn’t prepare Jakes for the past year and a half when his ministry has been upended by the coronavirus pandemic and racial tensions in the United States. Suddenly, he found himself inundated with calls and texts from desperate, grieving families. Meanwhile, he found himself making calls and sending texts to prominent white pastors all over the country who were stumbling through long-overdue conversations with their churches about race. "As a whole, I think white evangelicals lost sight of 'What would Jesus do?' because they only define Jesus in very narrow terms." Excellent interview by @emmaogreen of T.D. Ja
There's More ��»