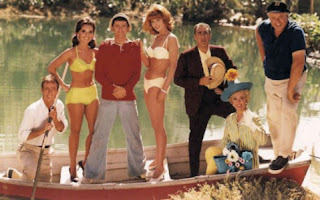 There’s a website that argues each of the Seven Deadly Sins is represented by a character on Gilligan’s Island—except for Gilligan himself. (Thanks to Carey for this idea.)

Now the author of the article believe Gilligan could have possible been SATAN, because he mangered to have kept each one bound in their own state of mind for along time. What do you think?