Jay-Z’s “Run This Town” And The Occult Connections! 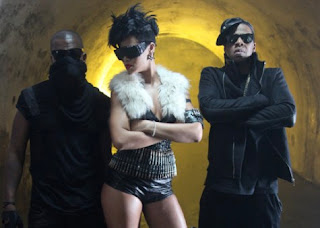 First off this post is more about questioning Jay-Z motives for embracing the occult if in fact that is what he has done. Now
what is the Illuminati and this secret society that is increasingly being mentioned in hip hop music? Is there a masonic connection or pagan worship in all of this? Many of our kids and young people love this music, so we need to check it very carefully. Now it has been long rumored that Jay-Z is part of some sort of occult and most likely it could be "The Freemasonry." Due to the hints slipped in his songs and the imagery that is being used. Now let me make another disclaimer: I have never listen to any of Jay-Z music so I can't say if that statement is true or not. But I have been reading alot about Mr. Jay-Z and other young artists who are supposedly part of this secret society. There's a slew of videos that are making the rounds on YouTube, and what they claim is shocking. Now Jay-Z, supposedly is one of the biggest up and coming stars and leaders of today. Rumor is Jay-Z is actually a member of the Illuminati, a secret society with its sights set on enslaving the coming generation. Generally speaking, unless the information is coming from a reputable source, Wikipedia or some other for example 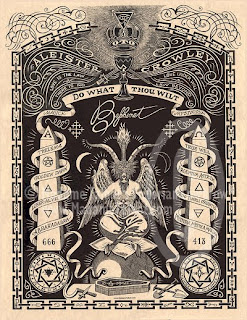 . I take information I find on the Internet with a grain of salt. But I have to admit, after watching some of the videos, I found myself questioning some things. . So, I decided to do a little more research. What I uncovered sure surprise me. Now ”Run This Town” certainly adds fuel to this fire. In his latest video “Run This Town” (featuring Rihanna and Kanye West) contains a lot of occult symbolism relating to secret societies. We’ll look at the symbolism in this song and in his clothing line, Rocawear. What do you think? I’m pretty sure Jay-Z does it on purpose and that he appreciates the attention it gets him. Now from my understanding he has been steadily displaying occult symbolism in his songs, videos and in the designs of his clothing line Rocawear for years... My question is he now initiated in one of those Brotherhoods and eager to show it off?