Is It Illegal To Use Your Kids As Date Bait? 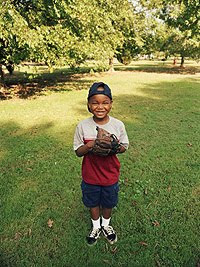 I thought I've heard it all until this article: A 48-year-old Michigan man used his 7-year-old son to try and meet women in a park. Detective Sgt. David Faber says the man told his son on Sunday evening to ask women “if they would like to meet his dad so he could have a mother.” When the women in suburban Detroit’s Grant Park “would refuse, the boy would get upset and cry.”

All the women rejected the suspect, but several men in the park overheard what was going on and confronted the desperate dad. The man, who told cops he is divorced but has weekend visitation rights, was arrested on a disorderly conduct charge and posted a $100 bond. He is scheduled to appear in court within 10 days.

What do you think of this single desperate dad?

This may be a desperate thing to do, but is it illegal?