Sodom Was Not Destroyed Because of Homosexuality 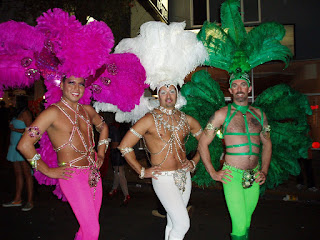 It's hard witnessing to people who have been fill with bad Bible teaching for years. I was witnessing to a lady at work the other day who was trying to tell me how America was going to be destroyed like Sodom because of people being too tolerant of homosexuality. Now I've heard this argument quite a number of times growing up and since I became a Christian I still here it alot. Why is it that people think that Sodom was destroyed because of homosexuality?

Now this was the sin of your sister Sodom: she and her daughters were arrogant, overfed and unconcerned; they did not help the poor and needy. They were haughty and did detestable things before me. Therefore I did away with them as you have seen. – Ezekiel 16:49-50, NIV

Now I do believe there was homosexuality in Sodom, as well as other sinful things. but, in no way do I believe that was the only reason the city was destroyed that wasn't really what God was concerned about at the time when He destroyed it. God tells us why He destroyed the city:

But for us Christians in America who love to hold out the homosexual agenda as the worst possible thing to happen to our country, please note the five explicitly named sins before you get to the sixth.

Could it be that the Church needs to be more concerned with helping the poor and needy and less concerned with taking away the rights of others? If there's any group of people who need a attitude check when it comes to being arrogant, overfed, and unconcerned, I'm pretty sure it's we Christians. We cannot remain the way we are today and think God is going to bless us for it. We cannot remain content and satisfied with our lives by pointing fingers.