Is A Child's Death The Ultimate Punishment? 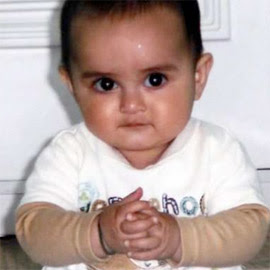 A father in Britain was granted mercy for admitting guilt in the accidental death of his 23-month-old son. Last August, Zaman Ullah, 29, left an air rifle unattended in his yard without the safety catch on. The gun was picked up by another child who fired it, hitting Ullah's son, Rashid, in the back of the head. The boy died a week later.

"What on earth can I do as a judge to punish you for what happened? Your punishment is your guilt at what your momentary inattention did. I cannot punish you any more," said the presiding Judge William Davis. The grieving father was ordered to pay a small fine.

Judge Davis said he hopes that the tragedy can serve as a cautionary tale. "The very fact of the reporting of this case will tell decent fathers, such as you, of the need to be on your guard at all times," he explained.

Is the guilt over being partially (if not fully) responsible for your own child's death enough punishment?
Is a Child's Death the Ultimate Punishment? Ullah Rashid Air rifle